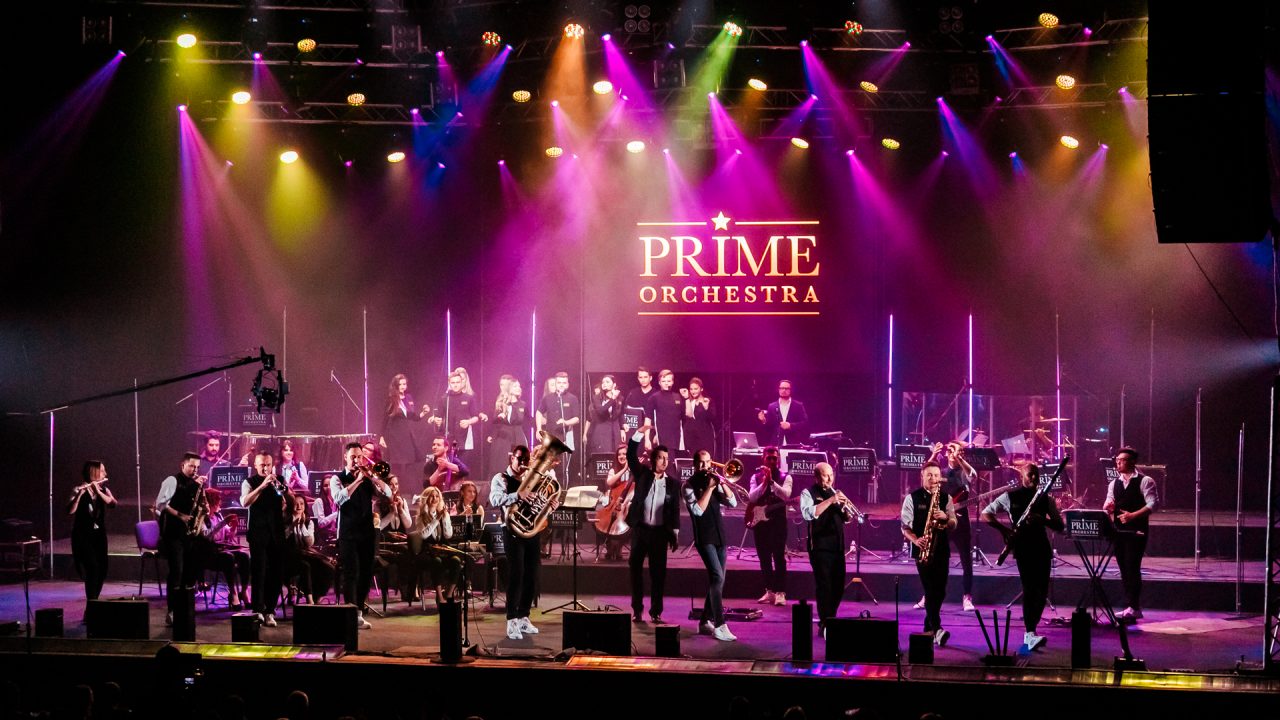 Quarantine is a possibility “to go deep” into favourite business, to absorb new knowledge, it is more to work and create, be engaged in house affairs and to encourage associates. The main thing — to do all in a positive key and with creative ideas. The symphony orchestra «Prime Orchestra» has supported ukrainians in the Worldwide action #stayathome (remain at home) and has created video on which musicians, being the at home, have executed world hits. As it was, in exclusive interview “VISTI Prydniprov‘ya” producers Maksym Maksymenko and Yuriy Rybalka, the head of an orchestra and have told a sound-producer Oleksiy Khorolsky, conductor Denis Doroshenko.

— In 2014 the collective «Prime Orchestra» was born. Who was the initiator of its creation and how the command has gathered?

— Maksymenko M. the Idea has arisen still in summer 2013 as founders of the project of Maksym Maksymenko and Yuriy Rybalka, however in a type of that everyone has the separate directions in area of show business, it was necessary “to bear” it till spring of 2014. Then have invited Oleksiy Khorolsky as the head of group and the skilled musician, as well as the conductor who has written the first arrangements and has helped to collect orchestral musicians. Later 4 months of active work, on September 2014, took place loud prime-minister in the big hall of the Kharkiv national academic theatre of an opera and ballet at the full house.

— What has the team achieved in 6 creative years?

— Khorolsky O. If you turn around and look at the way you’ve been in six years, you’ll be surprised at how much the orchestra has done. From strategy, planning, everyday rehearsals, concerts and simple communication turned out a friendly, cheerful young group, which was able to find their style in work and style in displaying musical works, combining different genres and eras. This turned out to be a modern crossover orchestra with a unique line-up, which in the near future will play its already five hundredth concert! “Prime Orchestra” already has a lot of fans all over the world — arrangements, performance and artistry are celebrated by both ordinary audiences and world stars.

— Who owned the idea of ​​performing modern hits using the instruments of the orchestra and recording it on video?

— Khorolsky O. The idea to perform modern hits of electronic dance music in the framework of the project arose long ago, with the advent of the DJ in the collective. It was, no less, 4 years ago. The result was several successful musical experiments. Until now, our orchestra is the only one in Europe were on a permanent basis the DJ is a full member of the band. And to make the #stayathome video, the time itself and the situation prompted us. The musicians did this with inspiration and the promise that everything will surely work out.

— How did the preparation and recording of the “online concert” go?

— Rybalka Yu. At first, we wanted to perform the composition online, using video conferencing technology. However, they faced technical problems due to the fact that the musicians were in different cities and everyone had different Internet speeds — it was impossible to achieve synchronization, and the sound quality was disgusting. Then another idea came. We set tasks, carried out preparation and adjustment through video chat, then each musician recorded his part on a smartphone. After that, all the parties were assembled, painstakingly cleaned and processed, synchronized and reduced to one single piece. When the sound was ready, no less complicated work with the video began — editing and synchronization of many episodes that the musicians sent to an integrated video clip. The whole process, from concept to implementation, took nine days.

— By virtue of quarantine, musicians recorded their parties on smartphone, being at home. What cities has united video?
— Rybalka Yu. of 43 participants of collective musicians and vocalists of choral group of Kharkov, Kiev, Chernivtsi could take part in remote record of video, Exactly, Poltava, Sumy, Druzhkovka, Severodonetsk,
Kramatorsk and Cherkasy 25 person.

— Have you ever thought that you will ‘manage’ the orchestra remotely?

— Doroshenko D. Honestly, no. Before to quarantine, the profession of ‘conductor’ was always carried out offline. However, working with musicians remotely is constantly present, not only during quarantine. Usually we discuss the program, ideas, nuances, but still in the end we meet at rehearsals, and even more so at the concert. And just so, when the musicians in addition to training and played at the distance — such a first time! The situation in today’s world dictates new rules and makes us a challenge that we either accept or stand by. We decided to act. So it turned out that we had this interesting and quite successful experience.

— Now in Ukraine they study and work online. And how pass rehearsals of musicians?

— Doroshenko D. We have a very professional squad that does not need additional training. However, we expand the horizons of our work and conduct rehearsals “on the remote” to constantly be in touch and work together on new compositions. The overall work should move in the same direction and, of course, we work out the nuances, strokes and complex rhythmic groups that the musicians independently fix in individual rehearsals.

— Do musicians get homework?

— Doroshenko D. Of course, and constantly. In order to maintain their shape and hone their skills, musicians always and without quarantine are engaged in daily activities at home. Everyone in the composition has its own part and, based on the tasks, now there is just the opportunity to work everything at home in more detail.

“Prime Orchestra” is a large musical family. Did it have a certain tradition?

Doroshenko D. Yes of course! Creative approach to work creates creative relationships in the team. We are very friendly and direct in communication, and in everyday life. Especially love to originally congratulate each other on their birthday. The kindest example recently on tour of our lighting artist had a birthday, and each member of the collective gave him a light bulb with a heart. And since he is very modest — attention from the guys he had enough for a long time (smiles).

— What other surprises do you prepare for your fans during the quarantine?

— Doroshenko D. In addition to the created video, on the orchestra’s website, we also published for free listening most of our songs, which were recorded for 5 years. Surprises are sure to be more! We are already preparing them for our viewers. But to find out which ones, follow our official Instagram and Facebook pages (smiles). See you soon! Take care of yourself!

The purchase of souvenirs: